It’s an awesome guide that is a walk in the park. Helpful to those want to recover / resurrect BMW FRM model. 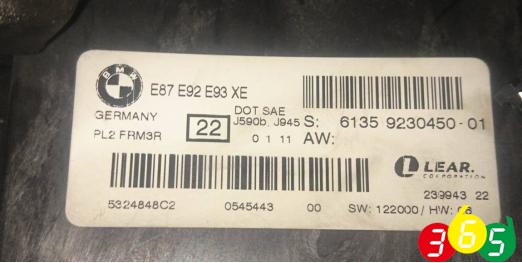 The car has a 5year/125k miles warranty here. This car had 126k miles and 5 years and a couple of months now that the high pressure diesel pump and FMR module failed in the same month. Was horrible timing to break down on the road.

Got the Xprog-m box ecu programmer and I installed it with installing adobe, using the .reg file to mod the register and then I moved the xprog into C: drive and plugged in the module. I manually selected the win xp32bit drivers and it installed 2x drivers.

First try:
Then I opened Xprog m programmer and selected com11 and tried to do a read of a Atmel AT93C66 Serial EEprom like all the vidoes (without sound ofc..) is doing as I assumed it’s reading a test ecu or smt inside the xprog. It failed and said bad conenction on pin XXXX. Maybe my assumption wrong so that I actually have to conenct this AT93C66 to the xprog to do the test. I’m not sure. If so I’ll just test it with the MCU but I didn’t want him to drive all the way to my place just to find out that I didn’t have a working install of Xprog..

Final try- SUCCESS!
Connected the Xprog-m and it worked at first try to read out p-data. EEPROM was corrupt so it didn’t read out. Used a FRM .bin file from the first post and flashed EEPROM and p-data, did a readout and used beyond compare to compare the readout with the file I flashed and it was identical. Installed it in the car and had a few error messages but it lighted up and things started working again. I went into Winkfp hit update zusb, input the VIN and flashed. Opened Ncs expert software in expert mode, opened CAS to get vo/vin and hit “back” button to select NFRM and executed sg_codieren to code it with vo/vin. No errors and everything worked afterwards.

Hopefully, it helps someone.